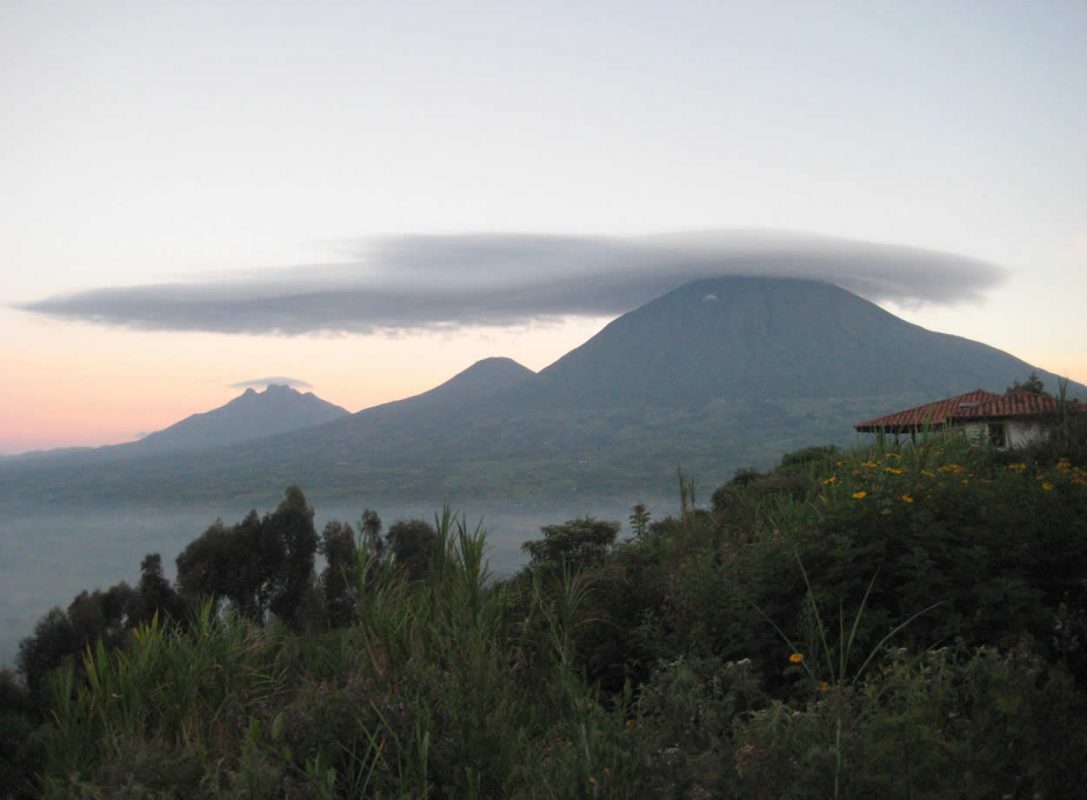 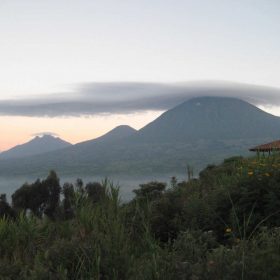 Nobody would argue against the statement that Uganda is simply one of the most beautiful countries in East Africa and “pearl of Africa”. With its endless hills and varying landscapes there’s no shortage of stunning scenery and awe inspiring vistas especially in south-western Uganda. But let’s face it; you have to shell out a fair amount of money to enjoy any of the great natural landmarks like Queen Elizabeth National Park, Rwenzori mountains National Park and the like. Muhabura-The Guide in the local language, Kinyarwanda, is an extinct volcano in the Virunga Mountains on the border between Rwanda and Uganda—it lies partly in Volcanoes National Park, Rwanda and partly in Mgahinga Gorilla National Park, Uganda.

For climbers, you should fear not! There is a mountain in Kisoro district to take a hike and is also easily accessible by car. Mount Muhabura is the country’s 3rd tallest mountain at around 4,127 meters. Muhabura provides hikers with a challenging ascent with its own rewards that include fantastic views of the surrounding countryside as well as wildlife including birds, Primates and Buffalos. Though most travelers hike the mountain after a gorilla tour in Mgahinga National Park, independent hikes are also possible.

Getting there is pretty simple. Take a car or bus and head toward Kisoro (south west). Your destination is the town of Kisoro, which is about an hour and a half outside of Kabale town. If you’re going by bus once you arrive in Kisoro just ask any moto-taxi to take you to Mgahinga national park head quarters. They’re quite accustomed to trekkers coming out for a day hike. It’s quite important that you get the moto driver’s name and phone number so you can call him to come and pick you up when you’re finished, unless you want to make the long walk back to Kisoro to catch the bus, which your legs are unlikely to enjoy after hours of traversing steep terrain.

If you’re travelling by car from Kisoro town make sure you’re paying attention to the small village towns you pass as it’s one of those small towns that you could easily drive right through without realizing it. Turn left on what is pretty much the only wide dirt road after travelers’ inn hotel that intersects the main road. Just look for the sign that directs you to the road to Mgahinga national park and take it. Continue down this road for about 40 minutes. It will begin to narrow, but don’t worry, you’re on the right path. Eventually you will come to the head office. Here is where you should park your car. From the top of the volcano one can enjoy fantastic views over the other five volcanoes and the “twin lakes”. There is a crater lake near the summit and the vegetation is usually drier than in other areas of the Volcanoes National Park, with giant heather thriving on the volcano’s slopes.

You will be spotted soon enough after reaching by Uganda wildlife authority guides who will come running out to you. You will be taken to the visitor center and assisted as requested. After paying for the activity, you will be given a guide to take you up to the peak of Mt. Muhabura and if you have a back packs then request for a porter who will help you carry your luggage. Enjoy the scenic views of DRC, Rwanda as well as Uganda. The climb can be physically demanding and the slopes are very steep.

The name Muhabura means sentinel in Kinyarwanda (the local dialect) and its typically shaped silhouette can be seen from many parts of the country. The hike will typically take a full day. The Park fees for the climb are currently USD$ 75 per person which includes the park guide. The trek starts at 07:00am from the park headquarters in Kinigi, from where visitors will have to drive / be driven to the base of the volcano. Permits can be purchased on the day of the climb, no advance booking is necessary and porters can also be hired for the trek. Mount Muhabura may not be as glamorous as other better-known tourist stops, but it certainly offers outdoor enthusiasts a fun, day long activity that’s near Kisoro and, best of all, it’s pretty darn cheap.