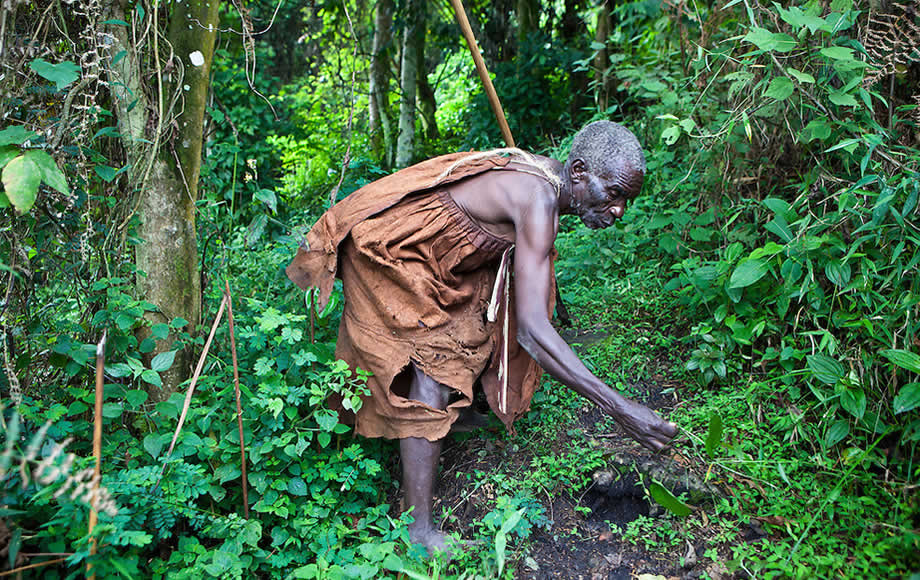 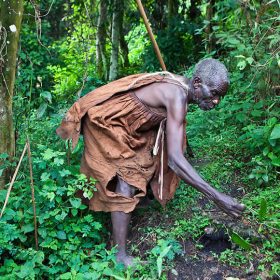 “To be marginalized” in a Rwandan society means that you don’t have access to opportunities as other members of your community, and that lack of equal opportunity persists from generation to generation. What it feels like, day-to-day, is that your children are not able to freely play with your neighbor’s children, or that you are not allowed to share meals with neighbors, or that your neighbors don’t call you ‘neighbor’ in the first place. In brief, a marginalized person is socially, culturally, economically and politically excluded.

This was the situation for many years for the people formally, and aptly, referred to as Historically Marginalized People (HMP) in Rwanda. Traditionally they are called Batwa. For centuries they have lived a nomadic life in the forests throughout the Great Lakes Region of Africa. But as the forested landscape dwindled, so did their ability to depend on it for a livelihood. They have since been thrown into a culture dependent on farming and livestock, with land being one of the key necessities to wealth and status, something they have had none of.

CARE Rwanda, through the EEEGL project, and in partnership with the local NGO REDO, has worked for the last three years with the HMP living near Volcanoes National Park in Rwanda, close to the border with Uganda. The main focus of this work has been the provision of training in functional literacy and rights literacy (including in the areas of land rights and registration). We have also supported a group of HMPs in establishing potato production and propagation.

While these areas have been the focus, these core issues have radiated out to other areas as well including legalization of marriages and the laying down of roots in a community that accepts and respects them. The following paragraphs will focus on testimonies from project participants.

Pierre KARADOGA is a ‘mzee’ in his community, an elder who is quick to divulge his thoughts on issues. He very proudly shows us his Rwandan national identity card to confirm that he is 49 years old. He is father to five children and lives in Nyagishe village.

Pierre KARADOGA, age 49, has participated in land rights training and is getting assistance for the production of Irish potatoes. Through CARE’s EEEGL project, he has become more settled in his community, and has something on which to base his family’s financial future.

Pierre has participated in a number of the projects that EEEGL has developed in partnership with the HMP of Cyanika. There are two that have made a significant impact with him- both land rights training and assistance with Irish potato production. They go hand-in-hand, as Pierre tells us that through the work on land rights and land registration in Rwanda, his community have regained land that was taken by others. “We now have our land for our community,” he says proudly and he among other members of the community are growing Irish potatoes for both consumption and sale. The potatoes for this season were about to be harvested.

Food security is a big issue for HMP that do not have the land to depend on nor the skills to earn a good income. Before having access to this land and this project, Pierre would regularly leave his family to go in search of manual labor jobs throughout the region. He, like many others, has depended on bi-monthly food rations given to each household. This has allowed him to stay in one place, to tend to his potatoes, and to lay down roots in one community.

Another initiative of EEEGL had a strong impact on Pierre and his life, which led to him being officially married to his wife. He and his wife, along with eight other couples were married in a legal ceremony in June 2011. While the main reason to have the legal ceremony was tied to issues of land rights and registration, the second reason was a social one. Couples were given the traditional Rwandan wedding gift of cows by the Sector government and other gifts from neighbors from the wider community.

Has the integration of HMP into the greater community been only the burden of HMPs? Have other Rwandans in the larger community made an effort as well? Pierre says an emphatic yes to the second question and reports that “When others eat, we eat. We sit together,” he states. He also tells us that his house is located between two houses of people who are not marginalized. They regularly share fire and borrow fire from neighbors!

When asked what he would like to see for his children, he tells us that he would like them to have enough food so that they can participate in school. None of his children currently go to school, but he is planning to send two in the next year. And how can this happen? He believes that such dream will realized if he continues to plant potatoes and continues to learn how to tailor clothes, which is a skill he is working to acquire.

From the CARE perspective, there have been visible changes to the HMP that this project has supported. In the beginning, the challenge was to work with a community that was not stable; community members the project was working with would change from one week to the next as individuals would move throughout the region looking for work or support from various charities. For the last few years, the EEEGL Project has been working with a much more stable community that doesn’t refer to others in the communities as Rwandan, but to themselves as Rwandan as well.

From being wronged to claiming for your rights

Peruth MUKANOHERI is young, only 24, but she is the mother of two– a 10-year-old son and 6-year-old girl. She lives with her children and husband in Nyagisenyi Village. Peruth is a member of the potato farming association, but has also participated in the literacy and numeracy training.

Peruth MUKANOHERI, age 24, is a mother of two and has never had the opportunity to go to school, but wishes that her children will be able to attend school in the coming years, and do so with full stomachs and shoes on their feet.

To Peruth, the biggest change she has seen in her life since participating in these projects is in her own behavior. She used to be afraid of being or standing in front of others, she would see herself and her children as duty, as just being Batwa. But now they are clean and confident enough to put their hands into the ugali, or local bread, along with other community members.

Peruth confirms that now as she knows how to count, when she takes her products to the market, she doesn’t get cheated. “Before, when I would go to market, they would tell me that it was 10 kilograms when it was 20,” she said. “Now I know the difference.” And she has confidence enough to say it.

Peruth MUKANOHERI (left with black head scarf), participates in literacy and numeracy training through CARE’s EEEGL project. Just being able to recognize one number from the next has had an enormous positive affect on her life.

When asked how things are different for her children after her participation in EEEGL projects, she is happy to share that when she sees her children playing with other children without problems. “Before in the dry season, they would go to sleep dirty at night. Now they wake up clean,” she said. But she would like to see them at school. She would like them to have something to eat when they get home from school and have clothes and shoes. She would like to have household items like pots and jerricans. When asked how she and her children are going to get these items, she said that when she has a chance to be paid for manual labor, she earns 700 Rwandan Francs per day, approximately 1.10 USD. She said that she is trying the system of using half of that for food, and saving the other half for other things.

The challenges are still there. The poverty is still there. But some substantial steps have been taken by EEEGL project participants, the HMPs themselves, and the community at large to elevate both the social status of HMP as well as their livelihoods in the last several years. The true test will be to see how this newfound knowledge and trainings can empower the HMP of Cyanika Sector in the coming years.

We can also note that both Pierre and Peruth gave their full consent to participate in this interview and to be photographed. This in itself is a testimony to the HMP understanding their rights as both people and as Rwandans, and being able to claim for their rights.